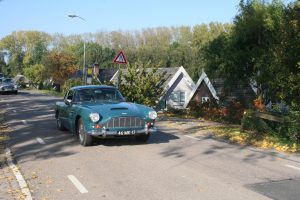 One of the great events in connection with the 25th anniversary of Section Holland is a repeat of the so-called ‘ Going Dutch’ tour which was organised in July, 2002, by a small but enthusiastic member group headed by our long time member Jaap Elzas and his wife Karla. ‘Going Dutch’ was a truly international tour, with around 80 participants (40 cars) from the U.S., Canada, Switzerland, Germany, Belgium, the U.K., Ireland and of course the Netherlands. In five days the group toured several highlights of our flat but beautiful country and did not focus on the bigger cities, but more on the Dutch countryside. We are going to repeat that event during 5 days in June. Further details will be published soon, after which registration for the event will be opened for all AMOC members worldwide.