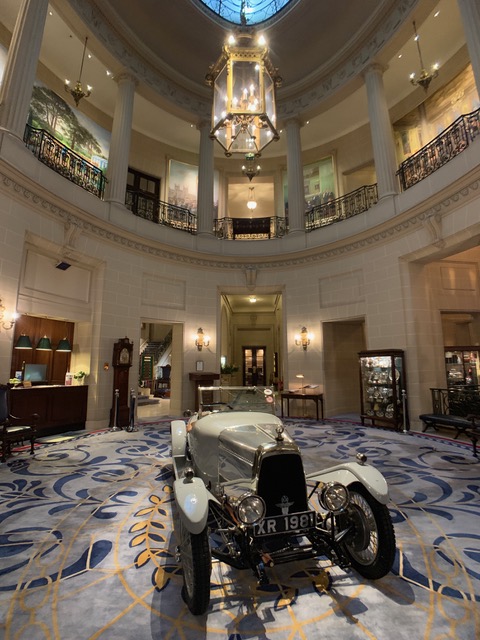 Monday morning (3rd of june) at 0500 hrs, I put my Aston-Martin Sidevalve in the Rotunda at the RAC Club in Pall Mall in London,
because 100 years ago, on the 6th and 7th June 1919, Aston Martin entered their first ever motor sport event;
the MCC’s London to Edinburgh Trial with Jack Addis (the work’s foreman) at the wheel.
His navigator is believed to be Charles Willson Shakel, who had worked with Addis at Sopwith’s aircraft factory during the First World War.
Jack was awarded a Gold Medal for arriving within the very tight timed schedules.